Norway on a budget…two words not often used in the same sentence. Is it even possible? YES! And I’m here to break down every single expense and show how Norway on a budget is not only achievable, but not that difficult! I’ll talk about transport, accommodation, food, and activities, and include tips I learned along the way, and details on my personal experience.

I found it really helpful to budget myself by writing down every time I spent money, so I could actually keep track of my spending rather than push it to the back of my mind… and now I’m turning it into this massive guide to Norway on a budget!

*I transferred my money at the post office before leaving, which is much cheaper than in an airport. For the purpose of this guide, I will use my exchange rate, £1 = 11.7NOK 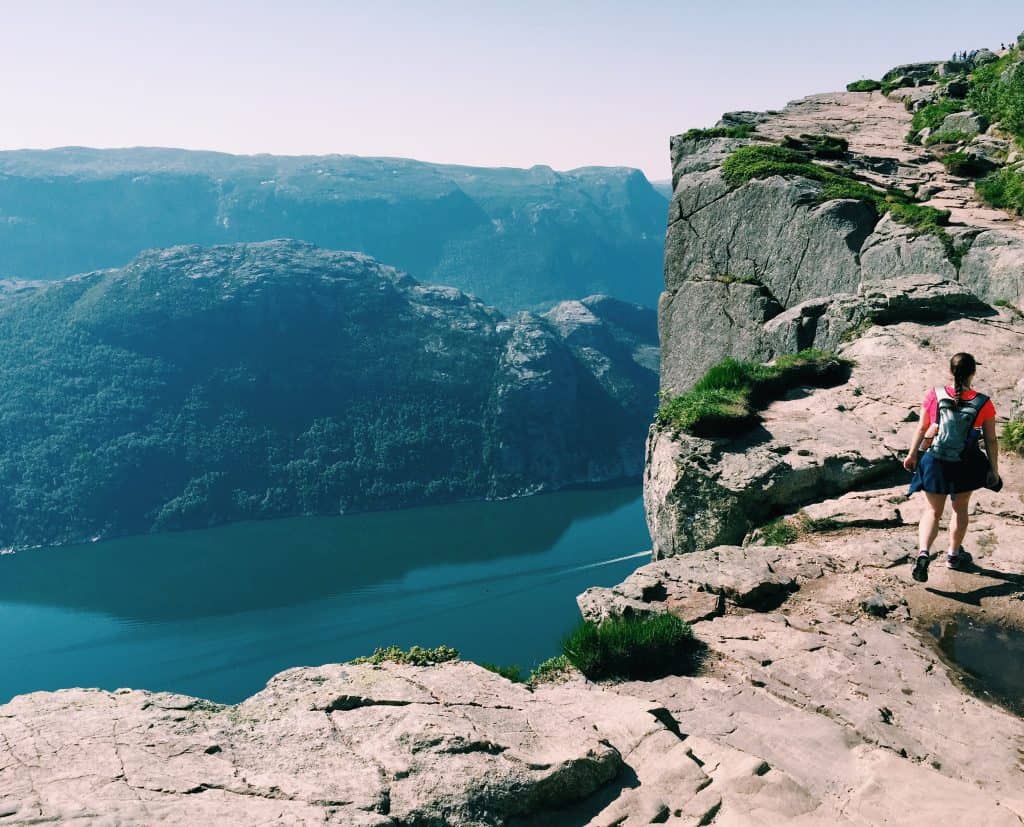 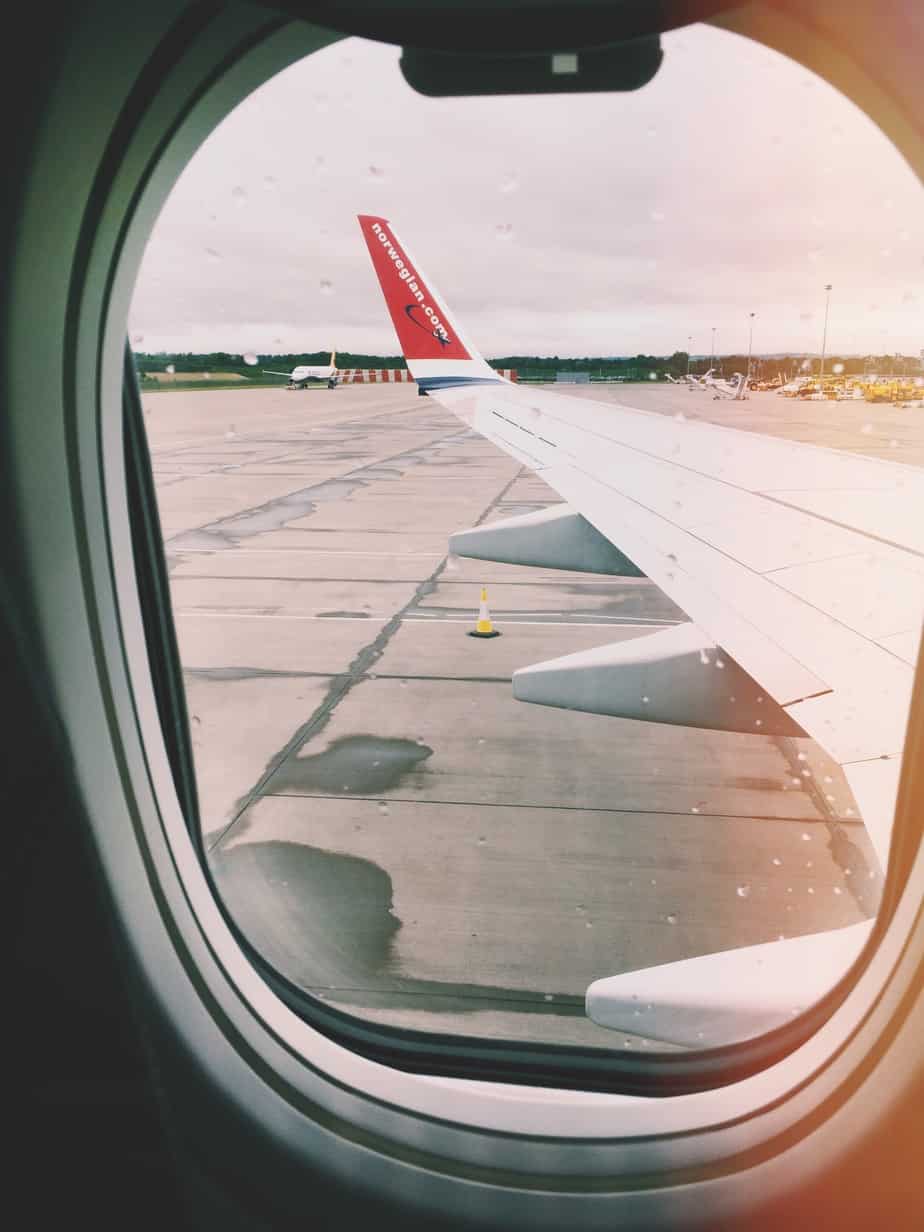 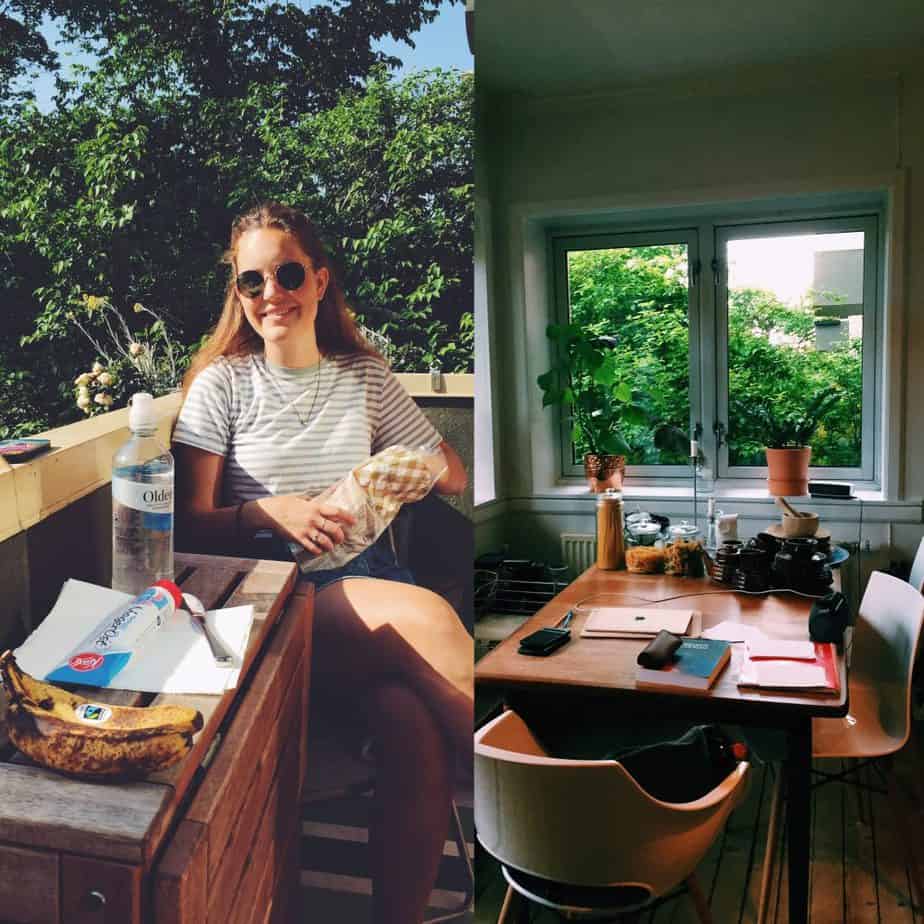 Stay somewhere with a kitchen

I only ate at one restaurant and one coffee shop the whole time I was in Norway – a huge feat for me! Oh yeah, and McDonald’s if you count that (Can you believe McDonald’s was one of my most expensive meals?!) This mainly worked out because I was clear with the friends I was traveling with that I was on a budget, so we were all happy to hit up grocery stores for lunch or grill in the park, and of course I had a lovely kitchen in Stavanger to use. I did splurge on some prawns and a bottle of wine (you can only buy alcohol from a vinmonopolet) for our night in the mountains, but it was well worth it as I saved so much elsewhere! 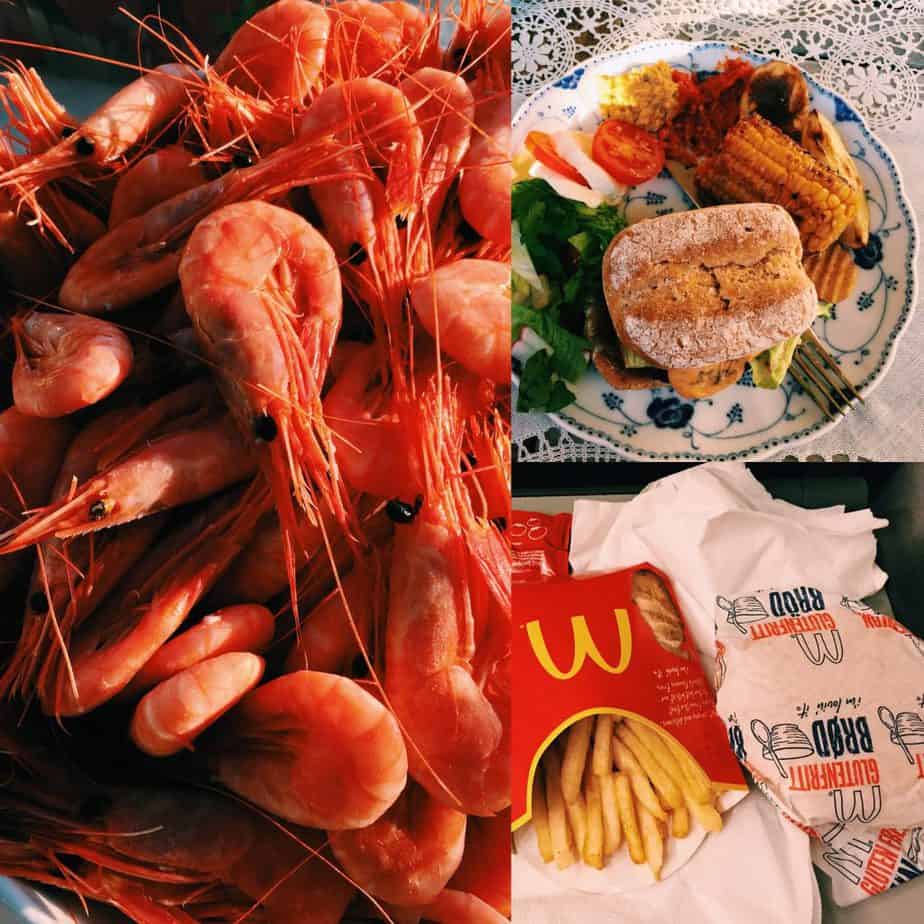 THINGS TO DO IN NORWAY

In Oslo I spent £6.50 for a ski simulator at Holmenkollen, which I totally do not regret as it was insane, plus it was the cheaper option as we opted not to pay to go up to Holmenkollen’s viewpoint (don’t do it, it’s a tourist scam and you can get amazing views elsewhere!). And that was literally all I spent in Oslo! In Stavanger, I spent a total of £23 on transport to Preikestolen, but this included ferry transport (paid for car and two passengers) and parking. The actual hike is free, and trust me £23 is worth it for that once in a lifetime experience!! 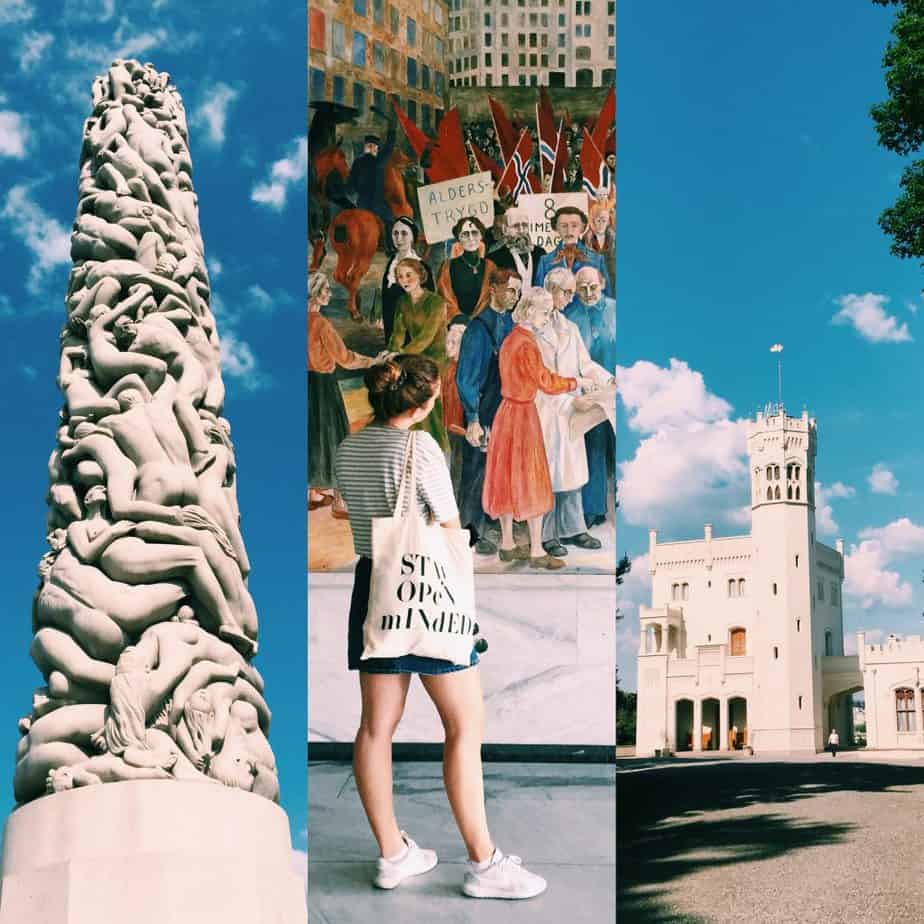 OKAY, LET’S TALLY IT UP.

Let’s rub it in with more math.

Not including flights and transport in your own country,

And yeah, that’s including in-Norway transport, accommodation, food, activities, everything! So find yourself a good flight deal and you are set.

Norway has a law that anywhere that’s not private property is legal to camp. So if you already have the gear, the outdoorsiness, and the fitness, you can stay for free almost anywhere in Norway! I know lots of people who’ve biked through Norway with just a backpack/tent and turned Europe’s most expensive country into the budget trip of a lifetime.

If I’d had a higher budget I would’ve loved to have eaten out more, seen some museums (particularly the Munch museum in Oslo), done the Norway in a Nutshell tour, and taken the Flam railway, supposedly the most beautiful train journey in Norway. See you after I win the lottery, Norway! 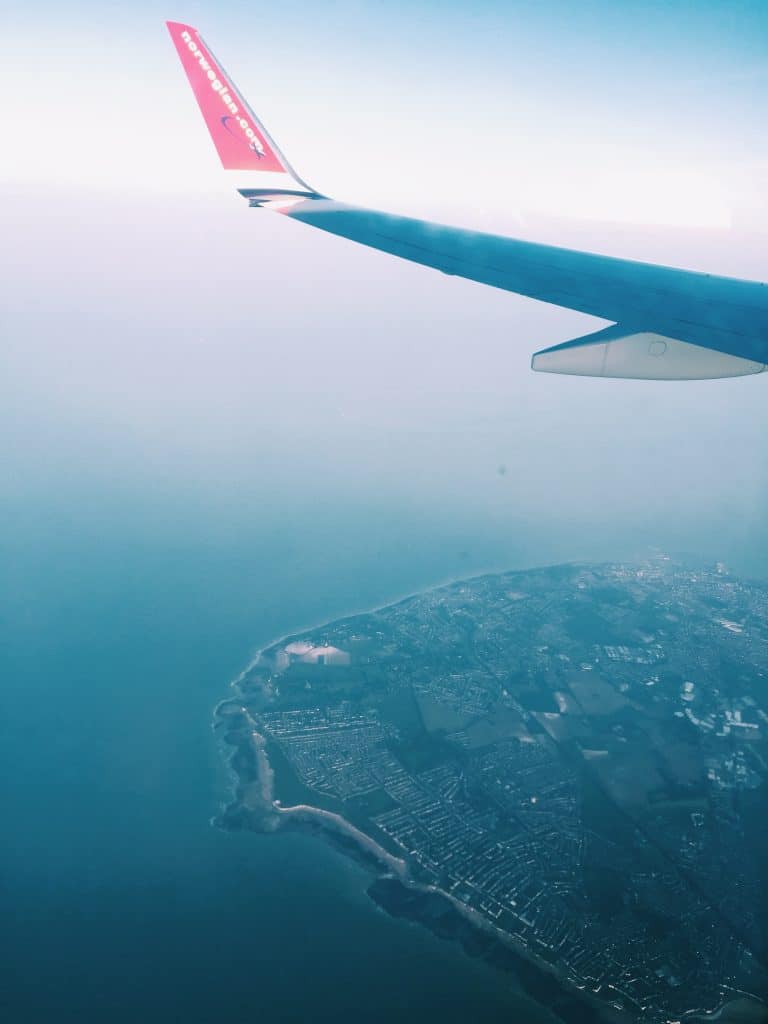 And that’s how I returned from a week Norway and didn’t cry when I opened my bank account!!

I hope this was helpful. Have you ever been to Norway? Let me know any other tips and tricks – I don’t think Norway is done with me yet. This may be my last post on my amazing trip, but I hope one day I can return and explore the north! 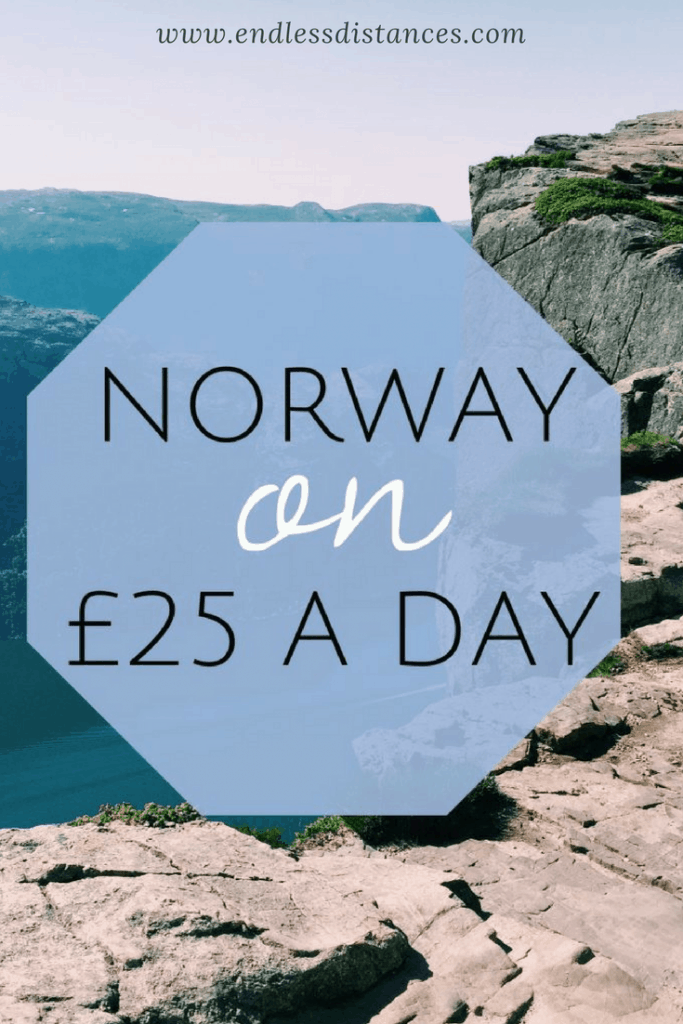 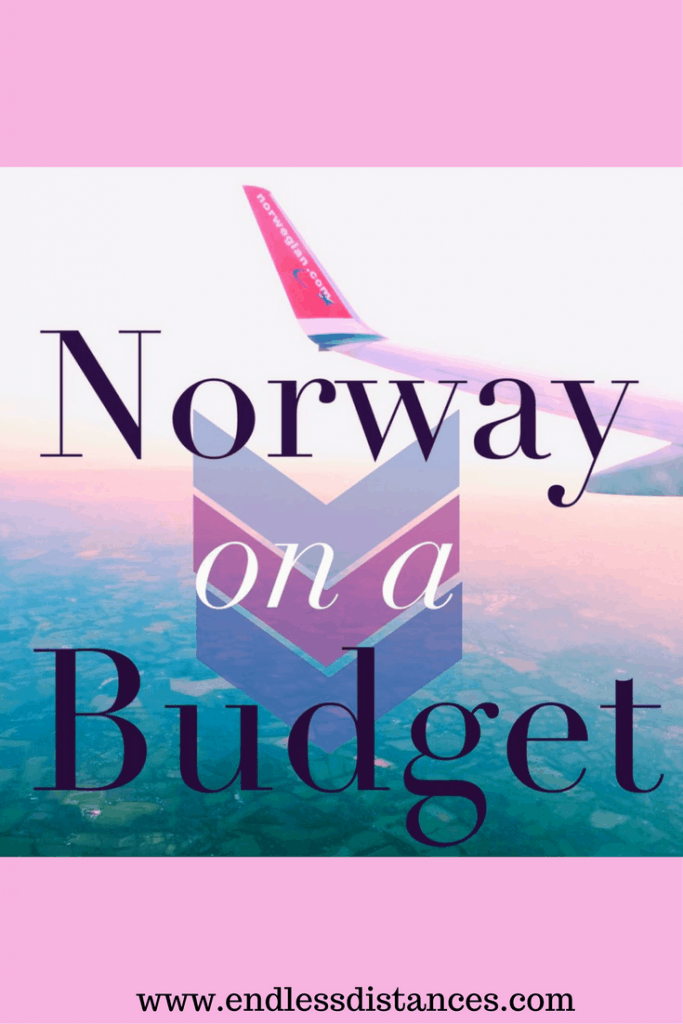