If you follow my instagram, you’ll be familiar with the saga that was my recent weekend trip to Prague. The short story: I am a walking disaster. For the long story, read on… I’ll be taking you a bit “behind the scenes” into the ups and downs of our weekend with 5 Prague outtakes.

I took my new polaroid camera to Prague, and I feel like those photos most accurately represent how our weekend was. Imperfect, unfiltered, but so precious. Also SUPER BASIC. I was hesitant to hop on the Instax bandwagon, clinging onto my vintage polaroid until they literally stopped manufacturing film for it and I had dried out Ebay’s stores. But looking back on these little photos, I’m so happy I did end up getting one, and traveling with a polaroid camera on this trip. I just need to figure out the flash settings now….whoops. It’s the memory that counts at least! 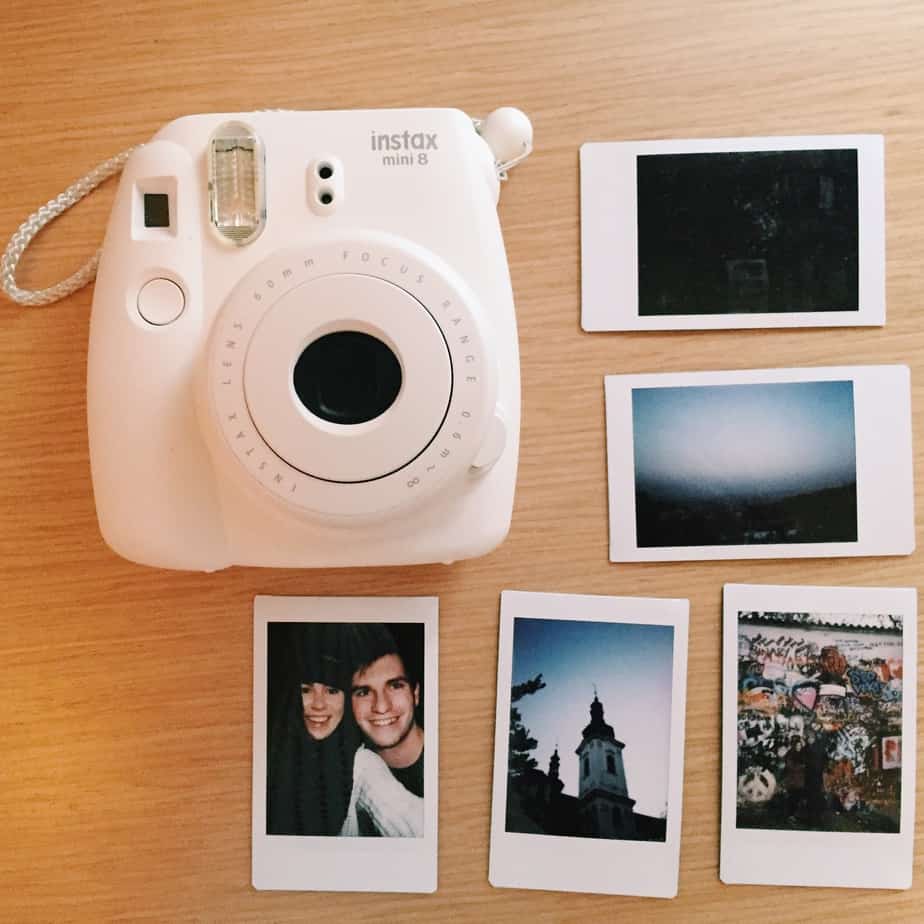 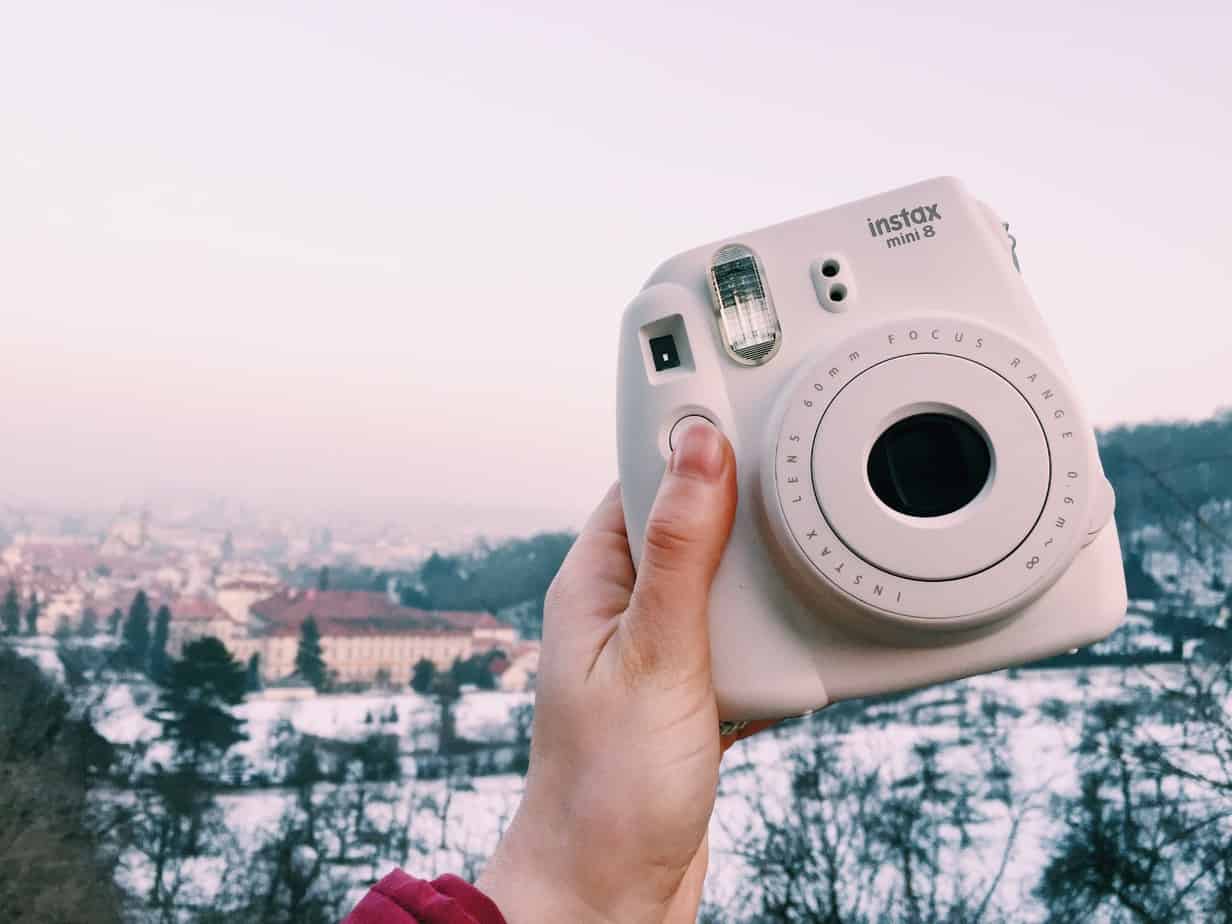 I’M NOT CRYING, YOU’RE CRYING! But yeah, basically, I’m that person. On the Sunday night, we decided to hike up this giant hill to the Strahov Monastery to see the sunset over Prague (which lol, the sun sets in the West you dimwits). Anyway, the monastery was closing so I popped into their public toilets, we snapped some pics, and then merrily climbed back down the hill, and across the river, to find a  cafe. As I picked out which gluten free cake I wanted at this adorable cafe, we rummaged through Dan’s bag to find………no wallet. After a quick wracking of the brains I realized I’d left it hanging in the toilet stall. The toilet stall three miles away, up a huge hill, at closing time on a Sunday night. Oh yeah, also the night before our morning flights out of the country. 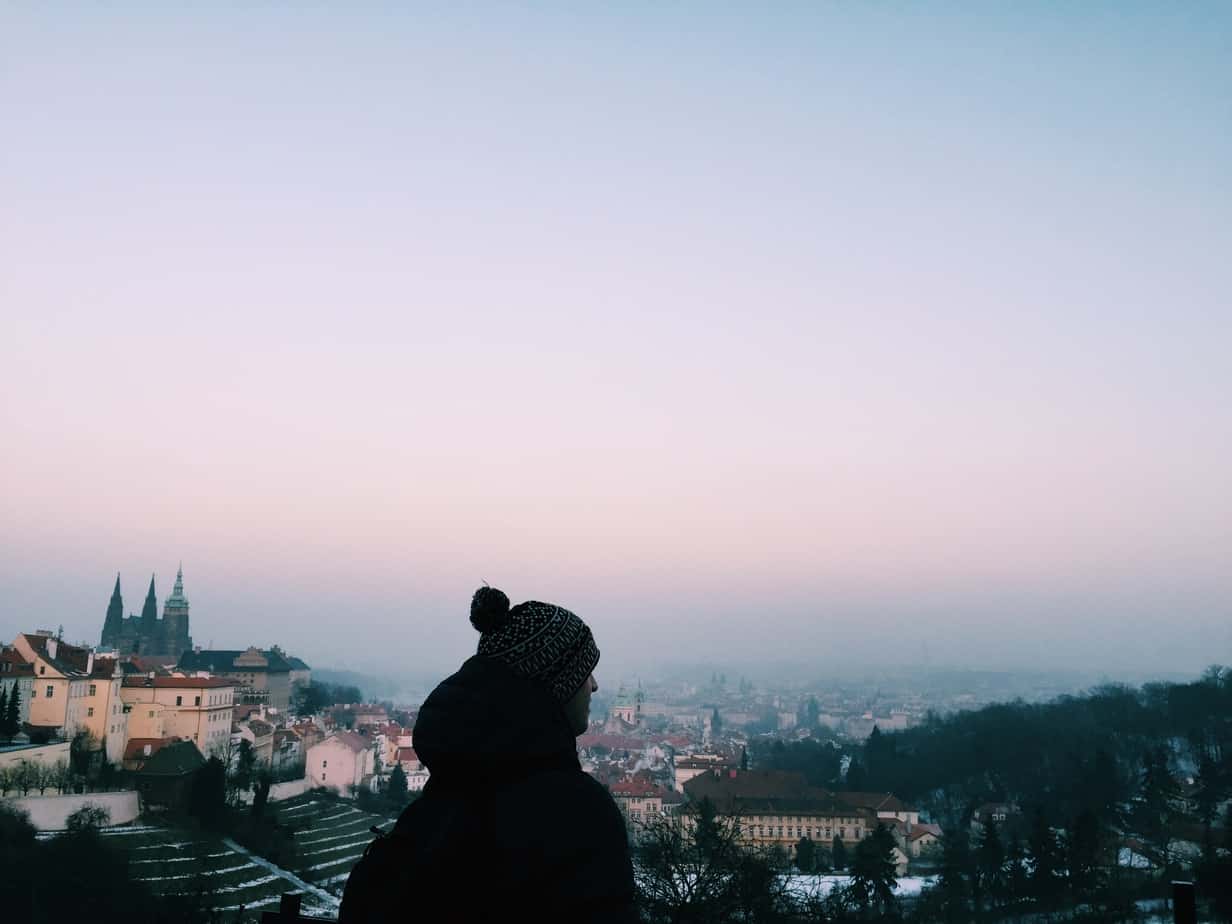 Let me tell you, we BOOKED it back up to the Monastery. I actually took off my coat/mittens in the -10C Prague weather for the first time all trip. As we reached the Monastery I banged on the locked door of the public toilets. I asked random Czech-speaking strangers if they knew how to get into the toilet. I asked the bar man at the nearby pub, completely unassociated with the monastery. I spied on mass, wondering if the toilet-lady was standing in one of the pews. I buzzed the bell at the Monastery security entrance. I literally considered hunting down a Czech monk on a Sunday night to break me into the toilets. Fortunately, my brief break in sanity was controlled by the ever-practical and sound-minded Dan, who suggested we get an uber in the morning before our flight. 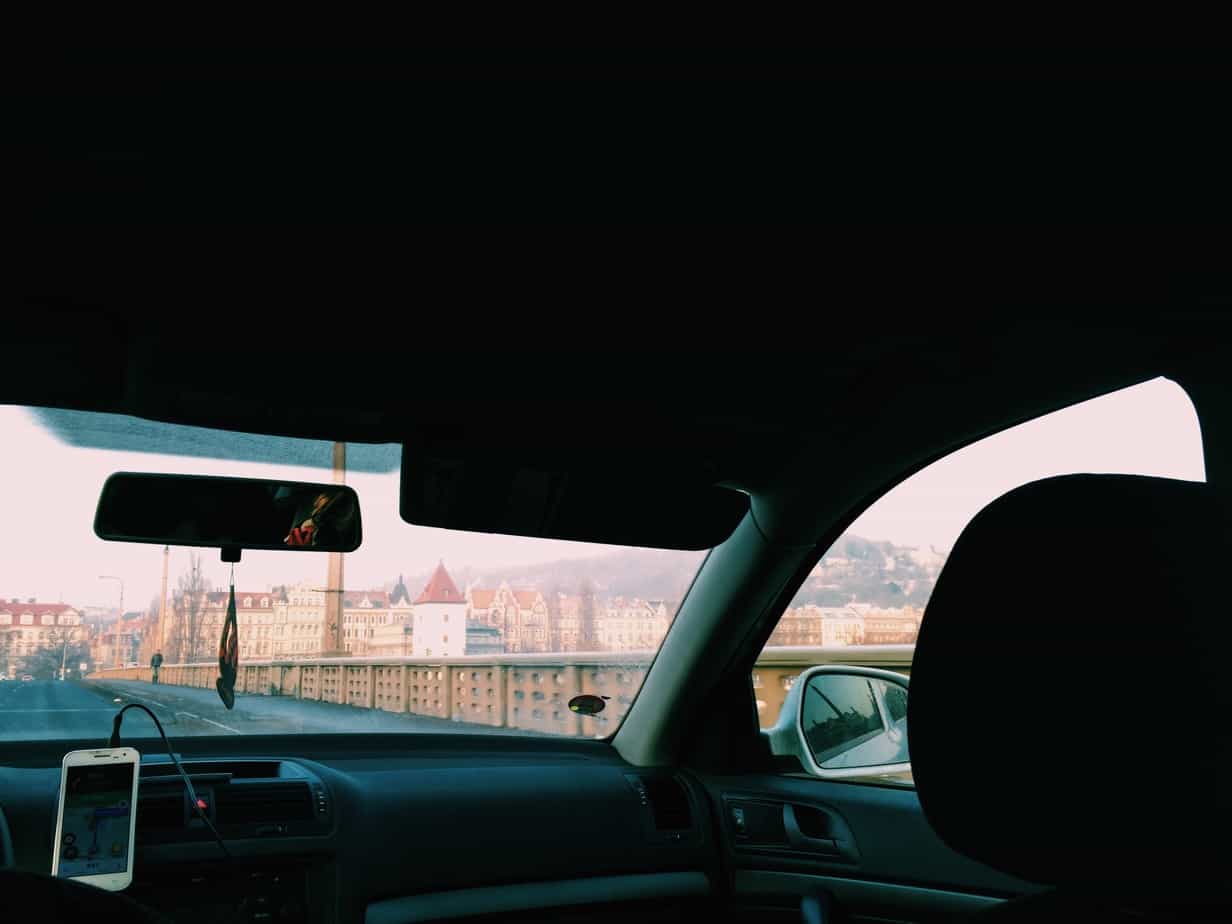 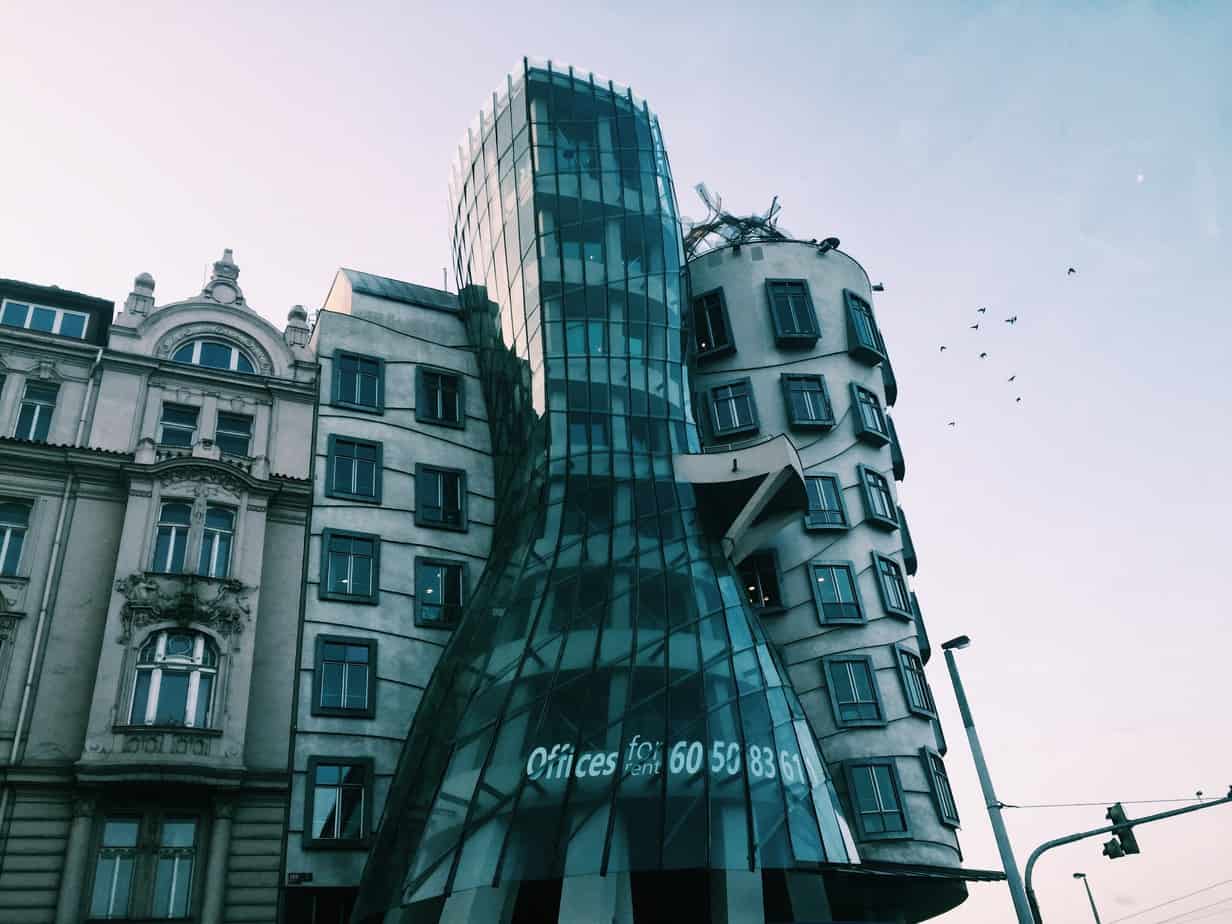 Our flight was at 11, and the monastery opened at 9…giving us just enough time to get there before zooming off to the airport. Pros to the uber ride were getting to see that building above! 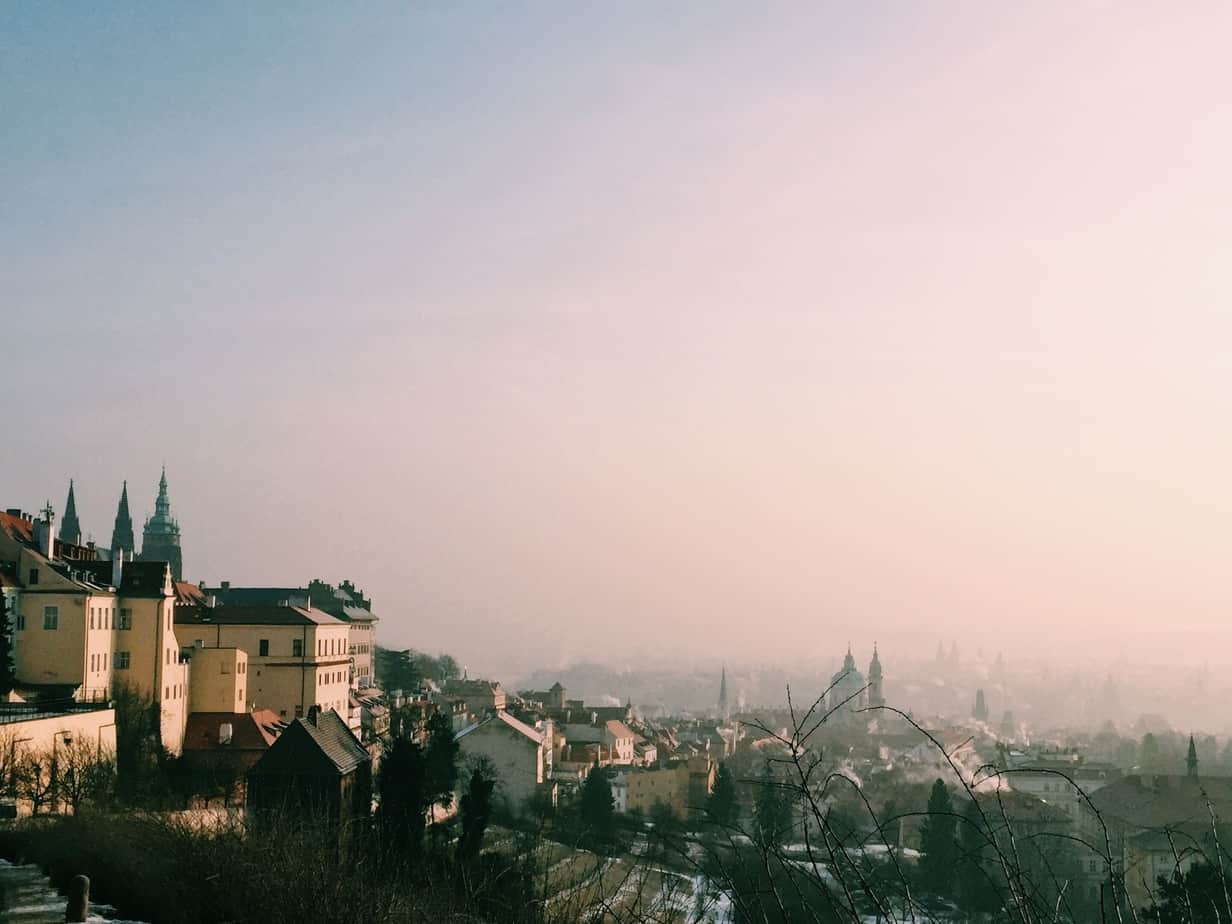 Also this view of Prague in the early morning. 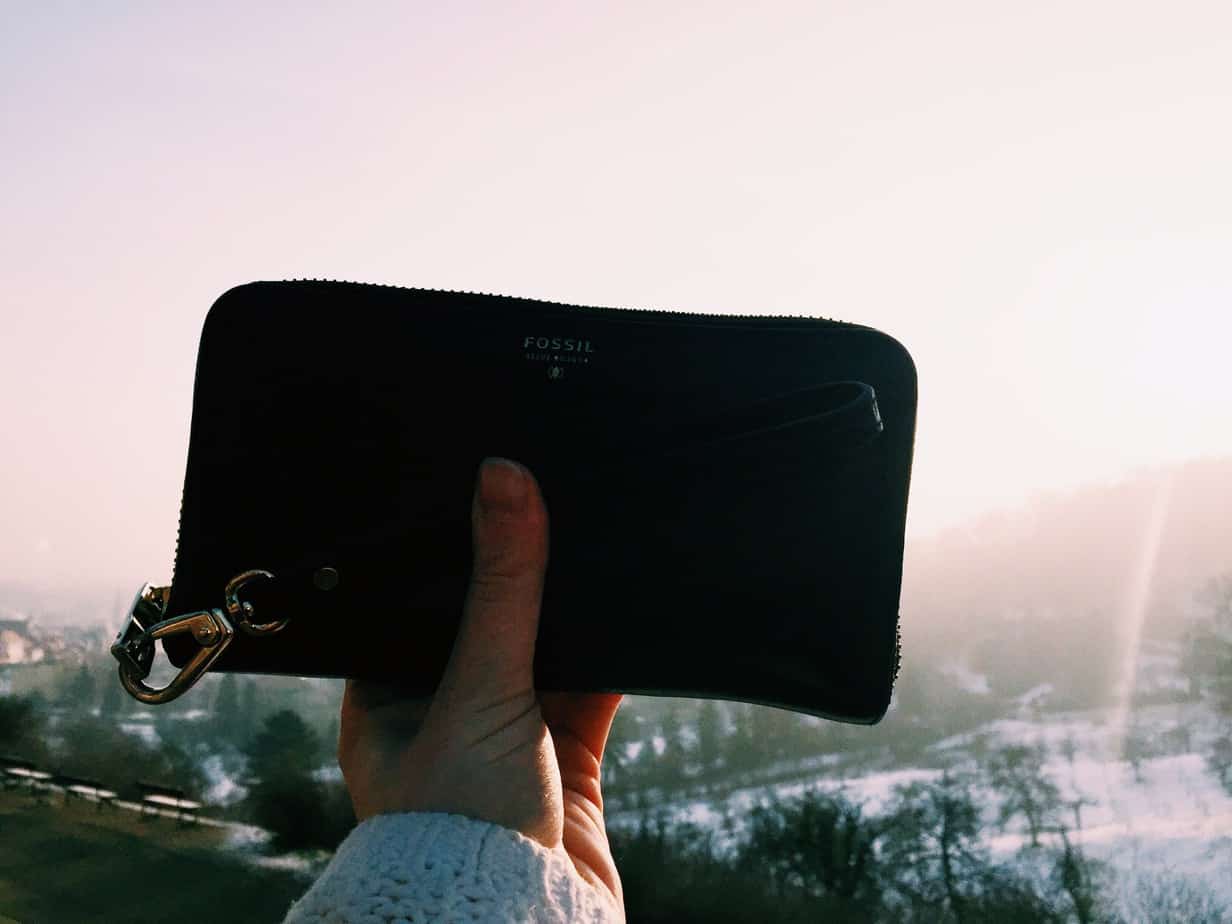 Our uber driver patiently waited while we ran up the hill to the monastery, just as the toilets were opening. The lady working in the toilets (collecting the small entry fee) only spoke Czech and didn’t want to let me through. However after I bolted past her (with her chasing me through the toilet stalls and Dan chasing her), and FOUND MY WALLET, she understood why we were there and celebrated along with us!

I feel very confident that my boyfriend doesn’t date me solely because I can’t steal bites of his gluten-y food. And that’s because, after all this time, he still puts up with me dragging him on (sometimes dangerous) wild goose chases across strange cities at night, all in search of the elusive Gluten Free Menu. So this definitely wasn’t the first time (you may recall the fiasco of finding gluten free deep dish pizza in Chicago), but it may genuinely have been the worst.

Picture this: it’s late, dark out, and FREEZING in Prague. We’ve spent all day walking MILES. Dan’s only dinner request is Czech food, a fair request as we are in the Czech Republic. We don’t want to go back to the same restaurant as last night, as we are going there the next day. After an hour of combined-effort googling in the hotel, we find a Czech-style pub with about five TripAdvisor reviews mentioning a gluten free menu. It’s 1.5 miles away, in a non-touristy part of town, but the walk is worth it as this city breathes gluten. 1.5 miles later we are frozen to the bone, in a suuuuper sketchy area, empty buildings and spooky alleys and not a tourist in sight. We enter the pub and literally wade through the smoke to get to the bar. The waitress speaks no English, so I use Google Translate to ask about this so highly rated gluten free menu. She looks at me, and laughs. All the Czech men at the bar with their beers laugh. She hands me a menu – their only gluten free option is… camembert cheese. I look to Dan, who by this point is so weathered to my antics. “Let’s just go get Italian,” he says, and we head to Prague’s 100% gluten free Italian restaurant. 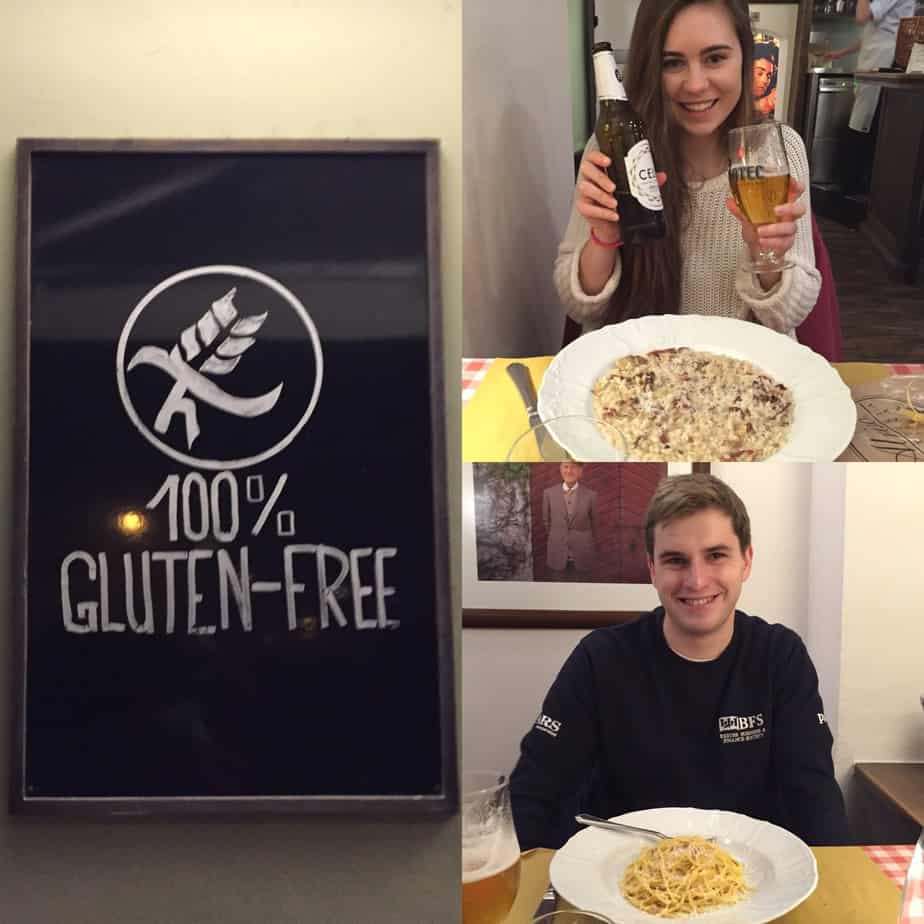 Not all outtakes are bad! On our Sunday stroll through the Karlin neighborhood, we walked by this window and were stared down by these window-cats. We stopped to peer in at them, before noticing about six other cats walking around in the cafe as well. I looked up at the sign, which read “Kavarna Kocici“…. suddenly a light bulb went off in my head. CAT CAFE! Yes, Dan and I had just happened upon Prague’s only cat cafe! Unlike the cat cafes which have popped up across London and NYC, where you need to book months in advance and people travel hours just for a coffee and a cuddle, this one was much more low-key. There were still lots of reservations, but Dan and I were able to get in and have a table downstairs to ourselves for an hour or so, drinking our coffees and attempting to lure in every passing cat to our laps. 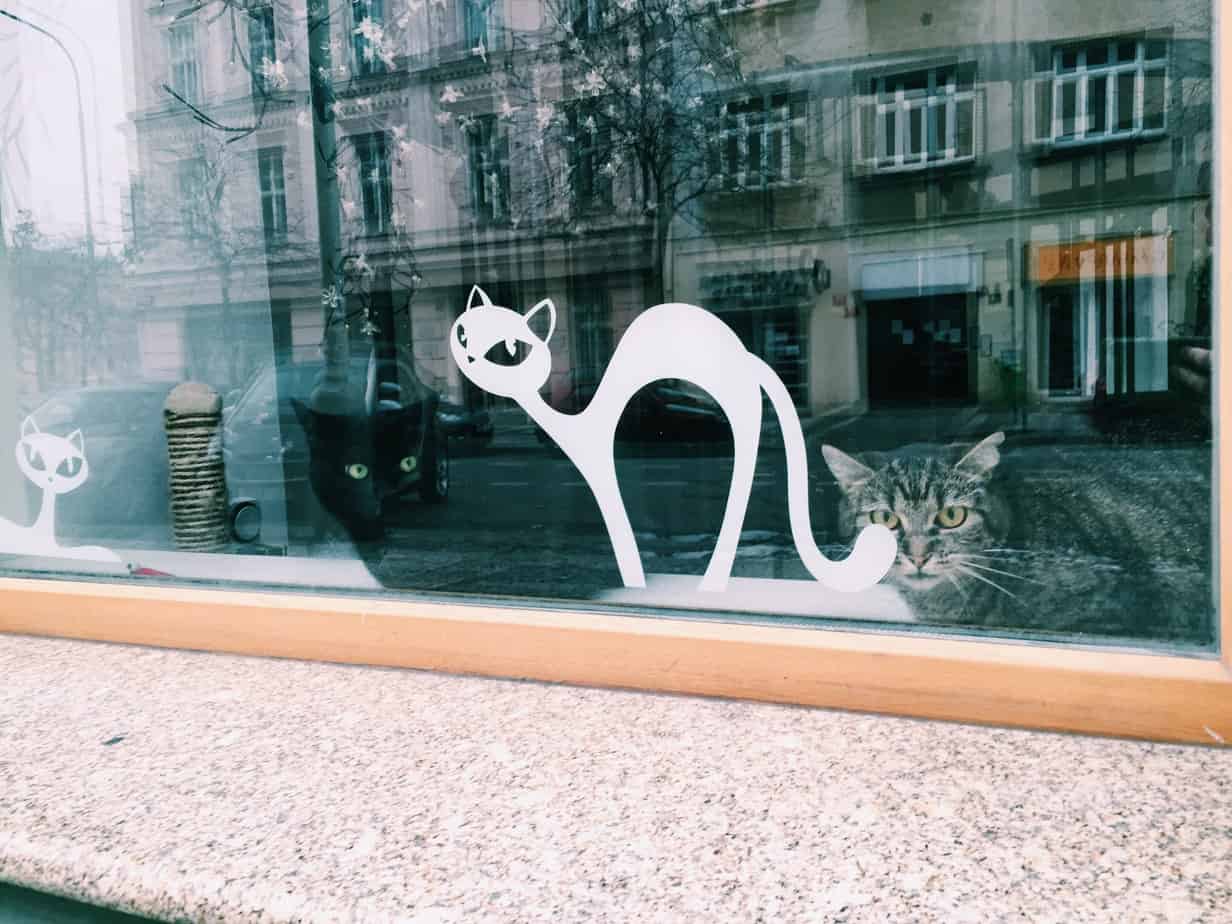 Outtake #5. The Reason This is Not a Fashion Blog.

My skills in the wardrobe department and the cold weather in Prague led to some very…interesting outfits. What I’m saying is, if this was a fashion blog, it would be called One Time I Was Sent To The Principal’s Office For Wearing Pajamas to School. (So, you’re welcome for not having a fashion blog.) I’ll leave the fashion posts to my fashionista buddies, and stick to my own niche. Unfortunately, my self-awareness has not yet extended to the boyfriend. As we know the Brits are much, much more fashionable than us Americans, and I’m pretty sure he intentionally rubbed this in by buying me a hat for Christmas that was 3x too big and then insisted I wear it to Prague. I also spent the weekend sporting my bright blue running shoes (#practical) and saying to Dan at each photo op: “ankles up!!”

So basically, I lost all my money/keys/cards/valuables, almost got us killed for some gluten free dumplings, and did it all whilst being dressed like a genuine dork and lugging around a camera I couldn’t figure out. BUT! In the end I got my money back, got at least one cute photo with said dorky hat, got some photo-memories, got to eat gluten free pasta, didn’t die, AND got to cuddle some random Czech cats. Did I learn my lesson? Maybe… Would I do it all over again? Hell yes!!

Please tell me I’m not the only walking disaster out there…. tell me in the comments, what’s the stupidest thing you’ve done while traveling?? (Make me feel better please). 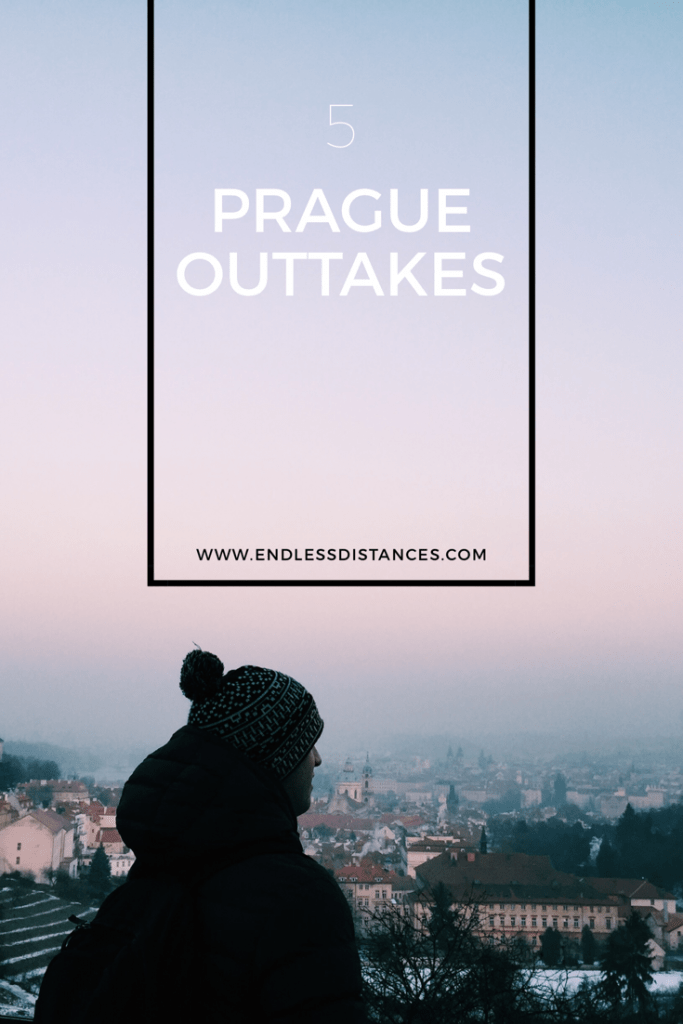